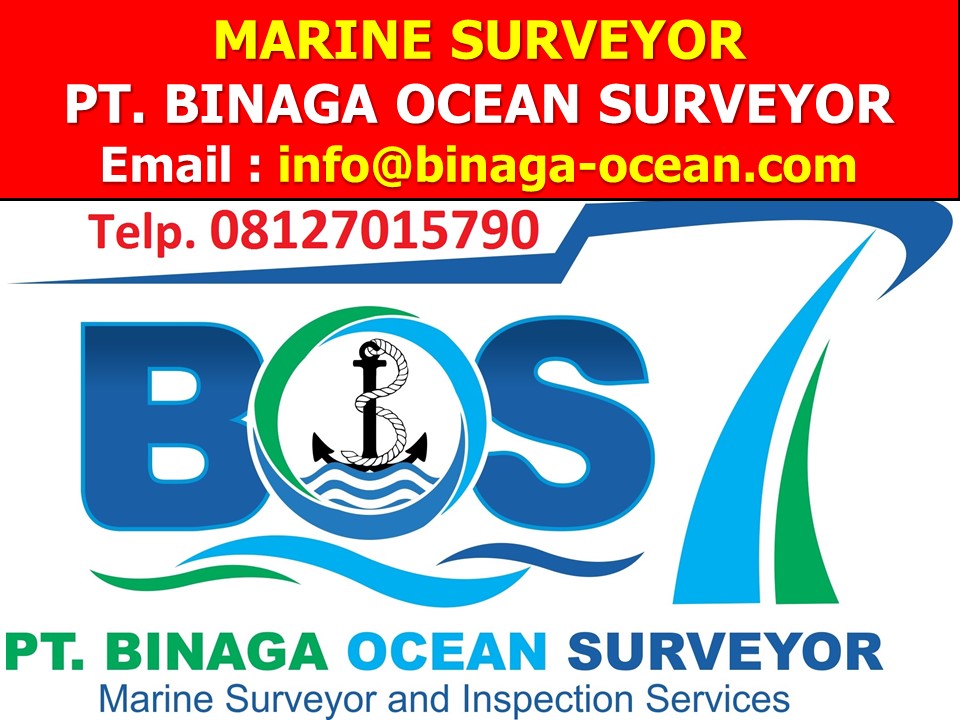 Marine Surveyor Indonesia
Add Comment
AHT, condition survey, Tug Boat
Sunday, December 29, 2013
In compliance with the instruction from Vinsight Maritime Pte Ltd, Singapore the assigned Marine Surveyor Indonesia did attend on board the “AHT. OCEAN UNITE” On December 30, 2013 whilst she was alongside at Jetty of PT. DryDock Nanindah Shipyard, Batam  in order to carry out of Condition Survey 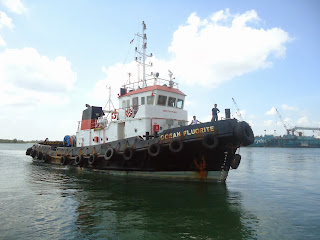 The Vessel “AHT. OCEAN UNITE was surveyed while she was alongside and berthed at  PT. PT. DryDock Nanindah Shipyard, Tanjung Uncang, Batam, Indonesia.

We carefully conducted the inspection on the General condition of the Vessel.

Based on our inspection that the AHT. OCEAN UNITE is steel vessel of all steel welded construction with 2 (two) units Main propulsion 2 x YANMAR-6EY26 Diesel Engine 2600 HP each @750 Rpm.

The ship’s was built on the 2009 under classification of Germanischer Lloyd (GL) regulation.

The main engine, auxiliary engine and other machineries, deck machineries and ship’s outfitting were found in working order and well maintained.

All navigation and communication equipment such as GPS, SSB, marine VHF, echo sounder, compass, radar and etc. were found in operating order.

The safety equipments were available on board such as life buoy, life raft, life jackets and fire fighting appliances apparently in operating order.

Engine room, main switch board room, steering gear compartment and other machinery space, emergency escape/hatch way including its ladder and hatch cover were found well maintained and in good condition.

Generally the vessel’s freeboard was noted to be structurally in good condition.

Wheelhouse including forward and aft console, chair and the desk was found in good condition.

The top wheelhouse (Monkey Island) including mast light, rails and stairway were found in good condition. 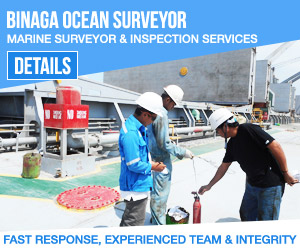